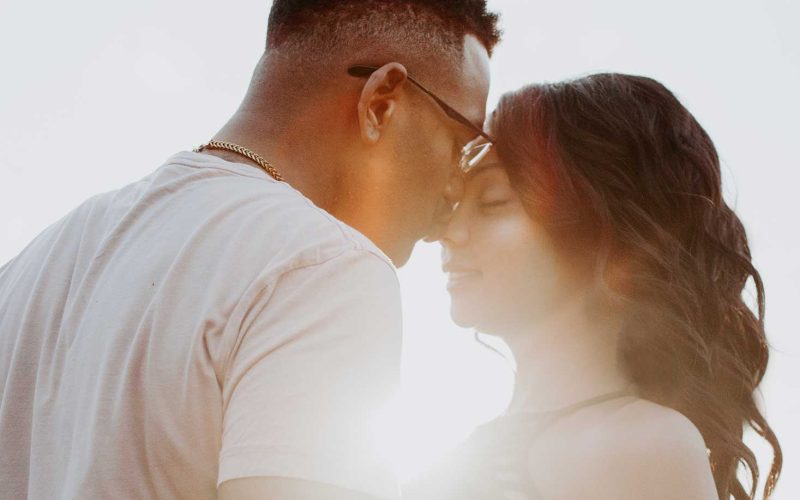 You’re confused because he tells you:

He is happy to continue dating you, he just can’t see himself committing right now.

You want a committed relationship with him. But you also don’t want to waste your time if he’s never going to commit.

You’re over casual dating and you’re ready for something real and long lasting. You’re ready for marriage and kids – in fact, you feel like time is running out and you need to either get him committed soon OR move on and find someone who will commit now.

A lot of women come to me confused, but here’s the thing. I don’t allow my clients to be confused – ever. Confusion doesn’t help you, it just keeps you stuck. Confusion is the biggest dream stealer there is.

And here, we think we have a convenient reason to be confused.

When you don’t hear from him it leans heavily on the negative side, and when he sends a good message, it leans more on the positive side.

You may have the above going on in your brain and you’re ping-ponging back and forth, looking for evidence of whether he is or isn’t into you and whether you should or shouldn’t waste time with him.

Your brain is trying to predict the future.

“Depending on which outcome you want, you’re going to subconsciously manipulate his actions to show you more of the actions you want to see.”

Notice how much power your brain is giving this man.

It would seem, this man, has the power to change the trajectory of your future, and depending on what he does, it’s either going to be a “happy future” or a “sad future”.

Well, I’ve got some good news for you.

Your future emotional state is not controlled by this man. Because your emotions are not created by him. It’s not created by what a man does or doesn’t do.

Your emotions are created from within you. From your thoughts.

And I know this is weird if you’ve never heard of it said this way.

But think about it.

He Won’t Commit – He Doesn’t Create Your Emotions, Your Thoughts Do

Our thoughts create our emotions.

It’s so important you know that because we give SO much of our power away to men without realizing it.

So first of all, the confusion you feel comes from a thought like: I don’t know what he wants. I don’t know how he feels. He’s giving me mixed messages.

It’s important you realize they are not FACTS, they are the story you’re telling yourself about his actions. Doesn’t mean they’re not valid. They are. Just remember they’re a story, not a fact.

He Won’t Commit – Questions You Need To Ask Yourself

Then what should you do next? To get yourself out of confusion, let’s ask your brain a different question, so you can come up with some more empowering thoughts to think. This is a way to redirect your brain, so it can gain clarity.

I want you to get clear on why you went on dates with him to begin with.

Answering these questions will help you figure out what you want to do, and what is standing in the way of you doing that thing.

This exercise is to have you notice what your brain offers you. It puts the focus back on you, what you have control over, which is what you are thinking, feeling and doing.

When we focus outside of us, on men, we lose all of our power, we turn ourselves into victims and we feel helpless. This keeps us stuck.

I invite you to do this exercise and to remember you have ALL the power.

You are just having some thoughts, and by being aware of your thinking, you can choose how you want to think, and give yourself back the power.

Now I want to leave you with one last question:

If you believed you’re a high value woman, worthy of love, what would you do (regardless of what he does)? 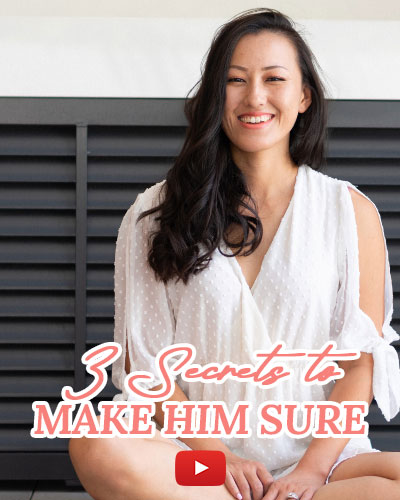